If You Can’t Find It, Write It 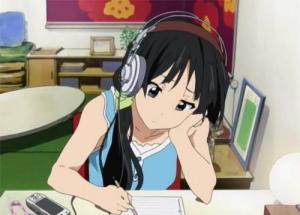 A very good friend of mine said those exact words to me one day while we were out together. He’s a big reader of obscure and lesser known books, and my general conclusion to all things readable is that after I’ve searched and couldn’t find anything and if he doesn’t know of anything…then it doesn’t exist in print.

I’m not too picky about my books, I’ll read just about anything with a decent storyline. I don’t reject books completely because one thing wasn’t satisfactory. (I’ll post more about that later). Anyway, the day my friend told me that I asked this of him:

“Hey do you know of any books where aliens and human live together, but in space? I want the feel of the movie Titan A.E.”

His response: “None that I can think of.”

And all I said to him was, “Really? Nothing at all?”

That’s when he told me the line that’s the title of my blog post, then he finished it off with, “You like to write, yeah? Just go for it. If you want to read it so bad, there are probably other people that are looking for that and are willing to read it too.”

My latest request of him was a book about a fictional tribe that lives either in a dense jungle or somewhere in Africa. I’ve always been intruiged about things like that. I love books about the Native Americans that are written by Kathleen O’Neal Gear and W. Michael Gear. They’re well written and researched. If only I could find that with tribes in the jungle. I’m also not opposed to fictional tribes.

He gave me some titles that looked into, and I won’t disregard them until I read them, but I’m looking for something that makes me think of dark, dangerous, and gritty. Where the characters are in true danger…and the books he gave me don’t seem to have it.

How will I rememdy this?

I’m gonna write what I want to read. But before I do this, I have some research I want to do and things I want to read about. Especially for the tribal one. I need to know what life was like, different customs I can use for my fictional tribe. I’m not even sure what’s going to happen in this story. Well, not yet.

As for my alien one, I’ve had these two alien stories up in my head for the past year, and even more so after I’ve asked him that question. Want to hear it? Yes…yes you do.

My first alien idea was one where this young girl is abducted by aliens with the intent of becoming a slave girl. The ship she’s on (with lots of other species to be put into slavery) crash lands on a planet (not Earth) with very little surviving. There she and some other captured aliens are found by natives to the planet who take them in and raise them as their own. Fast forward ten years. Most planets leaders in this universe meet and keep in touch with one another and often discuss intergalatic affairs and what’s best for their homes, and all of that. This girl finds out she’s number one a human and number two was meant to given to a warrior alien race’s princess as her slave girl. So this human girl then tries to fight the fact that she needs to go into slavery and tries to bring humans into this galactic political system, stating that it’s their universe too and should know what goes on beyond their planet. My plan is to have a lot of alien cultures, and the planet where the leaders meet is like a melting pot, where different species all live (even a few humans).And it’s kind of where her story will take place after she leaves her supposed home planet.

My second one’s a bit more simple, and more like a love story. This one I’ve had since high school in my head. The earth is suffering a meltdown, and it’s soon to be destroyed. Most humans are being evacuted to be sent off to live in human commuinties on planets that are willing to take them in. As Earth reaches it’s final days, a young couple go to board a ship only to find out it can’t hold much more people. The husband tells his wife to get on and that he’ll find her again. After a struggle, the ship flies off and he goes to find another. The story then chronicles her year waiting for him to return while living in a community on the host planet, and how one of the aliens shows sympathy toward her for he lost his mate in an accident. Then a trader ship comes to port with a very familiar looking man whom she believed to have died about a year ago.

Oooh….isn’t that a cliffhanger? Well, now that I think of it, this story could be an unoffical sequel to the first one, no? Maybe…I’ll see.

So the moral of this post, if there’s something you want to read and can’t find it…write yourself! 😀

2 Responses to If You Can’t Find It, Write It

Talk to me baby! Cancel reply